Strange things are happening in North Shropshire. This constituency, normally a solid brick in the ‘blue wall’ of Tory shires, is gearing up for a by-election on Thursday 16 December that has the potential to trigger a national political earthquake.

For details of how to email or tweet Dr Neil Shastri-Hurst, asking him to back the CEE Bill, click here.

Ask your Councillors to back our Climate and Nature Declaration

“If we fail to limit global warming to 1.5°C, floods and fires will get more frequent and more fierce, crops will be more likely to fail, and sea levels will rise driving mass migration as millions are forced from their homes. Above 1.5°C, we risk reaching climatic tipping points, meaning we could lose control of our climate for good.”

Write to my Councillors

The impending vote, following the resignation of former MP Owen Paterson amid accusations of sleaze, was never supposed to be a tight race. North Shropshire was, until a few weeks ago, considered one of the safest Conservative seats in England with a 23,000 majority and almost two centuries of near exclusive Conservative rule. Something, though, has clearly changed because the Liberal Democrats are now the bookmakers’ favourites to win.

Given the circumstances that triggered the by-election, it’s surprising that the key issues for North Shropshire voters don’t revolve around sleaze. Talk to people on the street here and you’re more likely to hear about A&E waiting times and a lack of investment in the constituency. There is also palpable anger over Christmas parties at Number 10 and a general feeling of being forgotten about by those in power.

Zero Hour Shropshire sees the by-election as a great chance to engage with voters and candidates over the climate and ecological emergency. Shropshire, a farming county, has already begun to experience the impact of the climate crisis, from flooding to droughts to fears over soil erosion and crop failure.

For much of 2021 our local campaign has focussed on lobbying the Conservative-led Shropshire Council to vote to support the Climate and Ecological Emergency Bill. In February, five hundred residents called on the council to back the CEE Bill via an online email campaign that resulted in a cross-party motion at full council in February.

Sadly, the motion was blocked by the Conservative administration’s Climate Portfolio Holder and ended up being punted to a scrutiny committee for further discussion. Almost a year later, the motion’s still in limbo.

This by-election, though, gives us another chance to put the CEE Bill in the spotlight. The Zero Hour Shropshire team organised a climate hustings in Oswestry on 6 December with around 70 people in attendance. The event – available to view online – saw Conservative, Green, Labour and Liberal Democrat candidates answer public questions from voters on the climate and ecological emergency, from energy efficiency to biodiversity loss.

Listening to the candidates talk about the enormity of the crisis and how it would affect North Shropshire was very powerful – with one of our team finding it quite overwhelming. Several people who attended a general election hustings two years earlier in the same venue noted how far the tone of the debate had evolved since then.

All of the candidates seemed more keenly aware of the reality of the climate emergency and the need for urgent action, perhaps the result of this by-election following close in the wake of COP26 in Glasgow. The hustings also gave us a chance to encourage the candidates to pledge support for the CEE Bill if elected to Parliament - and we were thrilled when the Green, Labour and Liberal Democrat candidates agreed to publicly back the bill.

We’re still working on Dr Neil Shastri-Hurst, the Conservative candidate, who has yet to pledge his support. During our event, he spoke about being a father with a young son, and he knows what’s at stake if we don’t get our response to the climate-nature crisis right.

Zero Hour Shropshire’s campaign continues and we’re hopeful that whoever is elected on 16 December, they’ll recognise the need for legislation to ensure the pivotal 1.5C limit is enshrined in UK law - and back the bill.

For details of how to email or tweet Dr Neil Shastri-Hurst, asking him to back the CEE Bill, click here. 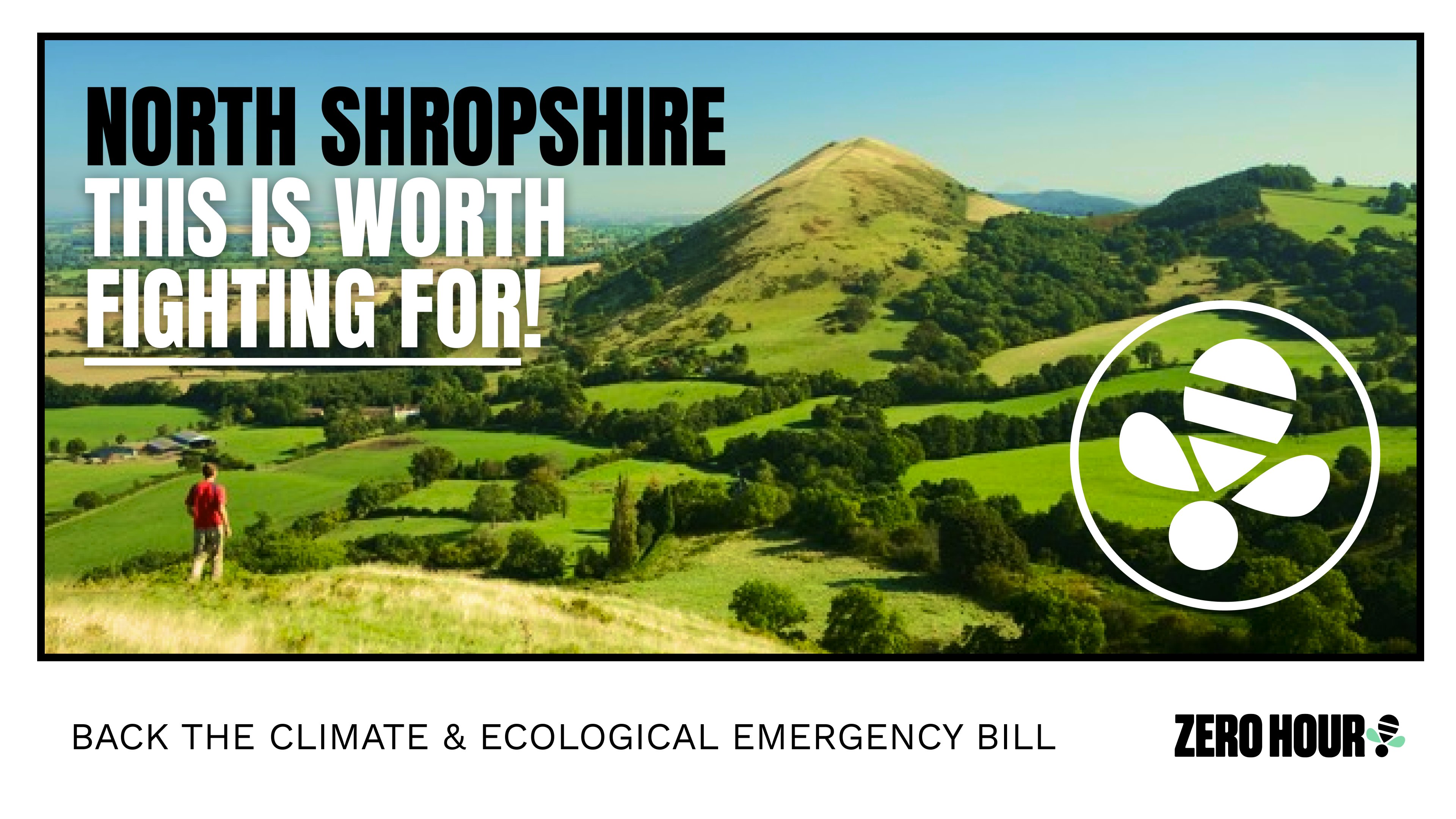