Wouldn't tackling the climate & nature crisis just be too expensive?

Some newspapers say that tackling the climate & nature crisis is too expensive. They don’t tell us about benefits to be gained, such as cleaner air, quieter cities, and warmer, more efficient homes, as well as halting the damage that fossil fuel pollution causes to the natural world. Tackling air pollution, which causes 28,000 to 36,000 premature deaths a year in the UK alone, will really ease the pressure on the NHS. The papers choose not to mention the economic boost from the creation of hundreds of thousands of good jobs in areas like home retrofit and nature restoration. What’s more they remain silent on the cost of inaction, which we’re told would be very much higher than the cost of fixing the problem - $600 trillion by the end of the century - FT May 2020.

In their latest report, the Government’s independent advisor, the Climate Change Committee says that reaching net zero will cost only around 0.6% of GDP per year, with savings actually growing to outweigh costs by 2050 - Sixth Carbon Budget - p254

The truth is it’s too expensive NOT to follow the science. But the great news is that we will not just be responding to a crisis - we will be working for a better future for our children and grandchildren.

The costs of inaction are staggering. Morgan Stanley bank reports that climate-related disasters cost the world $650 billion from 2016-18, and according to research funded by Public Health England, air pollution in England could cost as much as £5.3 billion by 2035.

The UK Government acknowledges that there are between 28,000 and 36,000 deaths every year from air pollution. This needless suffering and cost could be avoided by switching from petrol and diesel vehicles to public transport, active travel like cycling, and electric vehicles, and switching from gas and oil boilers to clean electric heat pumps. When you also account for the long-term ill health associated with pollution, the burden on our NHS is very considerable. With the NHS already close to its limit, ending fossil fuel pollution could not happen too soon. 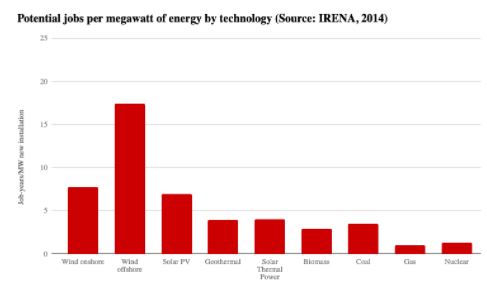