The CEE Bill must step into the space left by COP26

As the dust settles after COP26, Zero Hour campaigner Alex Bradbury explains how initiatives like the Climate and Ecological Emergency Bill must now fill the void between pledges and action

COP26 was always going to fall short of the mark. But I'm not talking here about the lacklustre commitments made. The fact that it did not deliver on those grounds was predictable, but not inevitable.

There is rightly outcry at the summit's outcomes among civil society actors: from the scientist Saleemul Huq and Sara Shaw at Friends of the Earth International to War on Want director Asad Rehman, the Tongan activist Elizabeth Kité and former Irish President Mary Robinson. Key criticisms include the inadequacy of emissions reduction pledges made in the run-up to the conference, which put the world on track for 2.4 degrees of heating, and the fact that richer countries continue to pay mere lip service to the notion of “loss and damage”, i.e. compensation to those that have done next to nothing to contribute to the problem*. Of course, there were also incremental wins, not least the first tentative step towards ending the use of coal and fossil fuel subsidies (albeit couched in some very loophole-friendly wording). But many would argue that when you're facing an emergency on a planetary scale, any meeting of world governments that doesn't take us forward in leaps and bounds is failing us.

*For a full annotated version of the Glasgow Climate Pact, see this article in the Washington Post.

Of course, it is important that injustices are called out, not least the hypocrisy of rich countries who blame industrialising nations for clinging to coal without – here's a crazy idea – suggesting we phase out oil and gas too, all while neglecting to cough up adequate climate finance. But arguing about the relative failure or success of COP26 is missing the point. Because when I say that COP26 was doomed to fail from the start, what I'm really talking about is its inability to deliver binding national policies in real time. This is what the IPCC means when it calls for “rapid, far-reaching and unprecedented changes in all aspects of society”, and it's what would actually lead to meaningful changes and protections for those on the frontlines of the crisis.

COP26 became a focal point for anger and despair not only regarding the agreements made at the summit itself but also, understandably, over a failure to deliver on the promises of the previous 25 conferences. But it would never have been able to make good on those promises over the course of two weeks in Glasgow. This is the role of national legislation, brought about by a combination of grassroots pressure, political will and policy expertise (or to put it another way: courage, conscience and competence). Activists such as Tori Tsui, exasperated by the COP process, rightly point out that the real work happens outside that context. The energy that COP26 has engendered across civil society around the world must now be harnessed to push for domestic changes in the 52 weeks before the next COP in Egypt. This is the ground where those who highlight the failings of COP26, such as George Monbiot, meet with those focusing on its successes, such as Ani Dasgupta of the World Resources Institute: “the real test is whether countries translate their promises into action”. 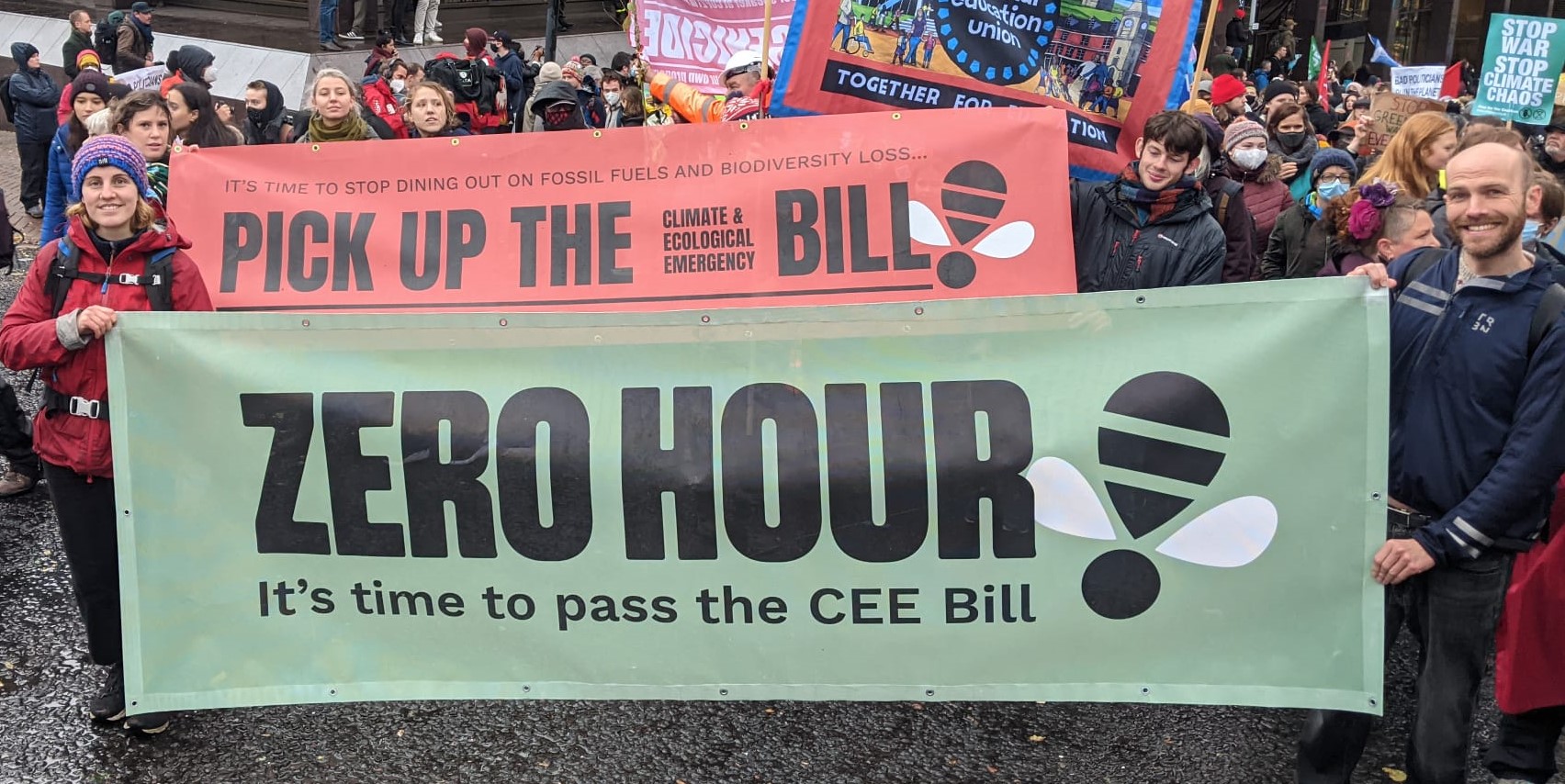 This is where the CEE Bill comes in.

Not only does the CEE Bill plug the gap between promises and policies within the UK, but it also massively raises the bar internationally, with no-brainer proposals around ending the exploitation of fossil fuels, protecting the livelihoods of workers in high-emissions industries and enshrining in law the principle that global responsibility for damage should lie with those causing it. Because in a world where people in Sheffield buy cars produced in Shanghai and the residents of Bournemouth wear clothes made in Bangladesh, it doesn't make sense for countries only to be accountable for their impact on the environment within their own borders.

Individual policies on climate and nature already exist, such as those required by the new Environment Act, but they are disconnected and have not been designed with a planetary emergency in mind. The CEE Bill is a comprehensive legal framework for a whole-of-government strategy that adds up to a fair UK contribution to staying within 1.5 degrees of heating and reversing the destruction of nature by 2030. The Bill means addressing the climate and nature crises in a joined-up way. And, through its temporary Climate and Nature Assembly, it is about making sure that no one is left behind as we transform our society and economy. In short, the CEE Bill means acting like we are in an emergency. What's more, it is British politicians' best and last opportunity to demonstrate the kind of leadership that was shown with the Climate Change Act of 2008. In contrast to the COPs, national legislation is where politicians get the chance to put their money where their mouth is. With the tentative prospect of a revived US-China dialogue on climate and new multilateral partnerships such as the Beyond Oil and Gas Alliance launched by Denmark and Costa Rica, the UK Government will be looking for new ways to live up to its global leadership aspirations. It can and must do much, much more.

Of course, anchoring COP pledges in law is just one piece in the puzzle, but it is essential. Tackling the crisis is about everything from the action of corporations to the people power we saw in Glasgow. But ambitious legislation such as the CEE Bill plays a vital framing and bridging role. On the one hand, through the Assembly, it provides a non-partisan space for a whole-of-society conversation about the changes needed. On the other, it creates an enabling framework for the public, private and third sectors to embark on a rapid transition to a zero-carbon and nature-positive future.

Is the Zero Hour campaign about to have its moment?

Developments at COP26 have prized open a door that the CEE Bill must now step through. The summit has finally cemented 1.5 degrees in the climate policy narrative, with Boris Johnson insisting in his post-COP statement in Parliament that the summit had succeeded in “keeping 1.5 alive”. The CEE Bill is the only proposed (or existing) UK legislation that brings the country's policies into line with 1.5 (as we explain in this briefing for MPs, current UK targets are wildly out of sync, and we are not even on track to meet those). If the Prime Minister is serious about keeping 1.5 alive, and serious about “listening to the warnings of the scientists”, the Conservatives should back the Bill and bring the legislation forward now. 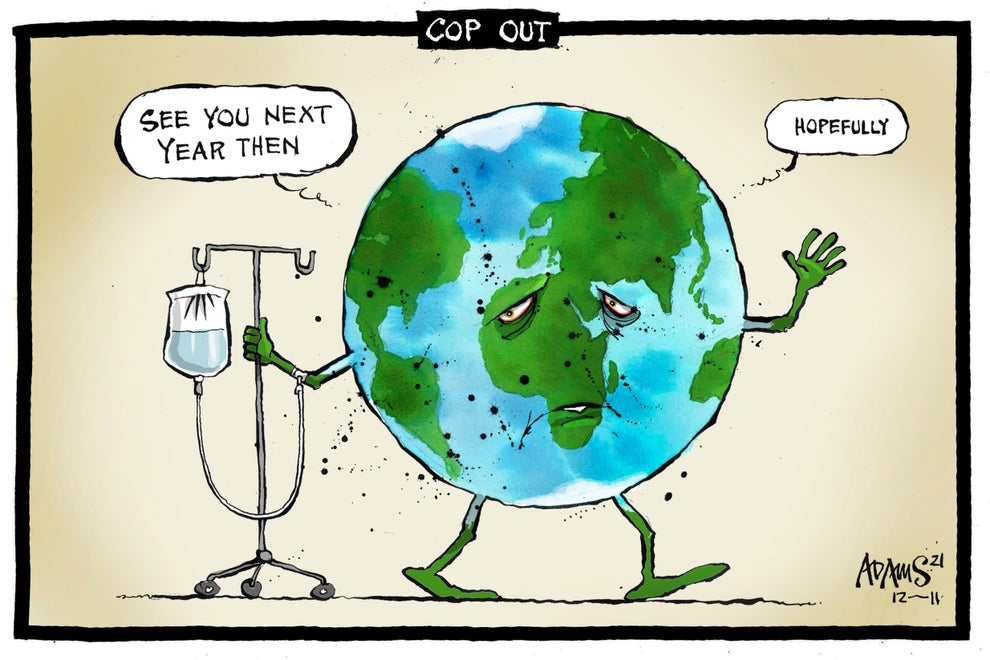 Image courtesy of Christian Adams in the Evening Standard

In the wake of COP26, many will feel disheartened. It seems like 1.5 degrees is slipping out of reach. As IPCC lead author Richard Betts puts it, “We are now in damage limitation mode”. But we must also remember, in this emergency there is no cliff-edge temperature: every tonne of carbon matters; every fraction of a degree counts. Of course, this can be anxiety-inducing in itself. But flip it on its head and it means that none of the action we take will be in vain.

If the polarised responses to COP26 tell us one thing, it is that we will need to build bridges if we are to overcome the climate-nature crisis. This is what the Zero Hour campaign is all about. Both in the 150+ cross-party alliance that now supports the CEE Bill and in the participatory democracy that it embodies. In our campaigning, we must be driven by empathy. This includes first and foremost those in vulnerable regions suffering right now, such as the million people in Madagascar facing starvation in the world's first climate famine. But less obviously, we must also seek common ground with those of other political persuasions here in the UK. We don't have time for ideological divisions – the stakes are too high. We have to remind each other of what we share as humans: an extraordinary gift for cooperation, a love and respect for the natural world and a will to create a better life, and a better future, for all.

What can you do for the Zero Hour campaign for the CEE Bill? 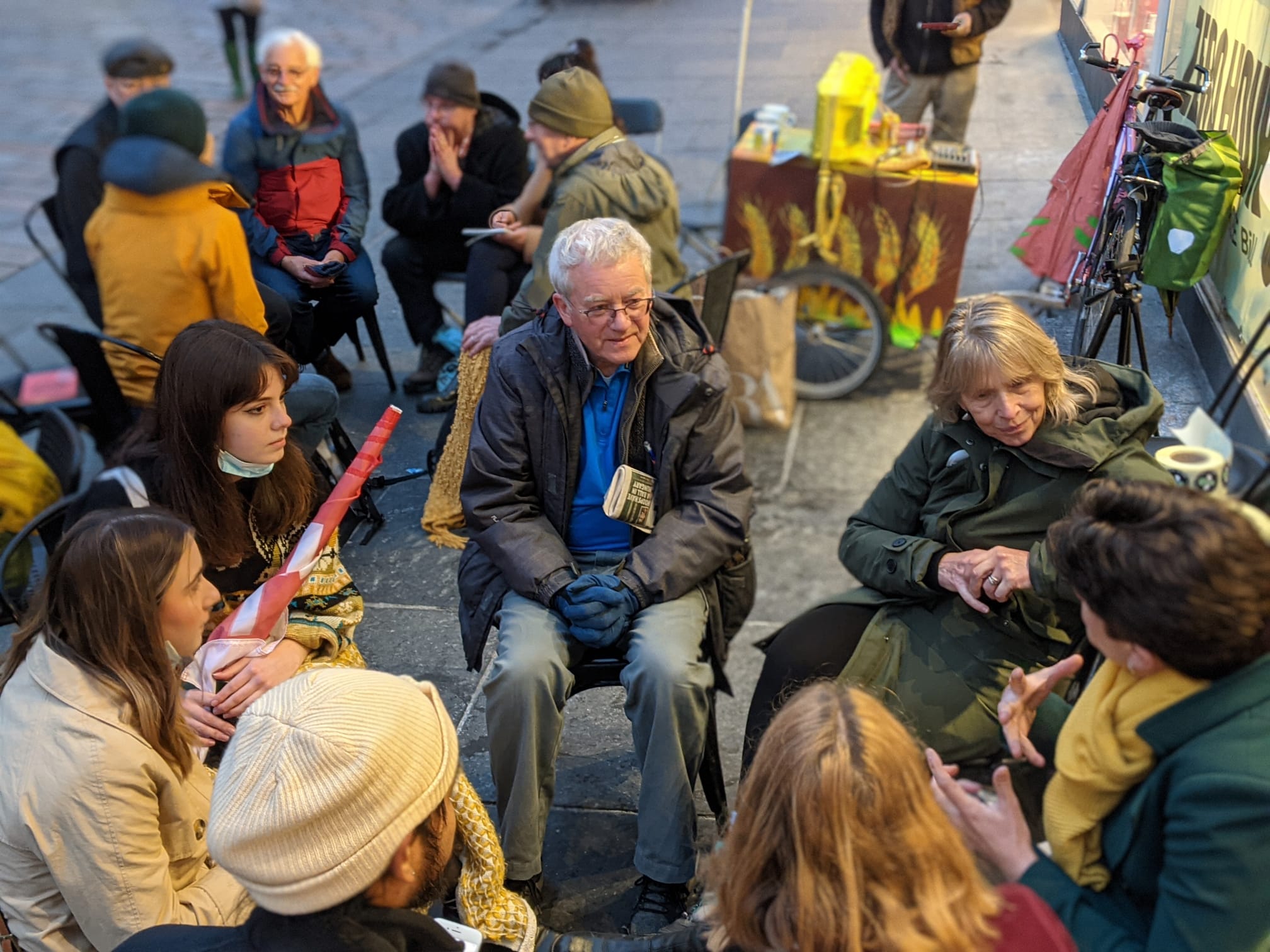 Democracy on the streets of Glasgow
The CEE Bill must step into the space left by COP26
It's #ZeroHour for our climate and nature. Join the campaign for the Climate & Ecology Bill